Episode 24: Vermin Supreme – He’s Running For President With a Boot on His Head. Are you in on the Joke? 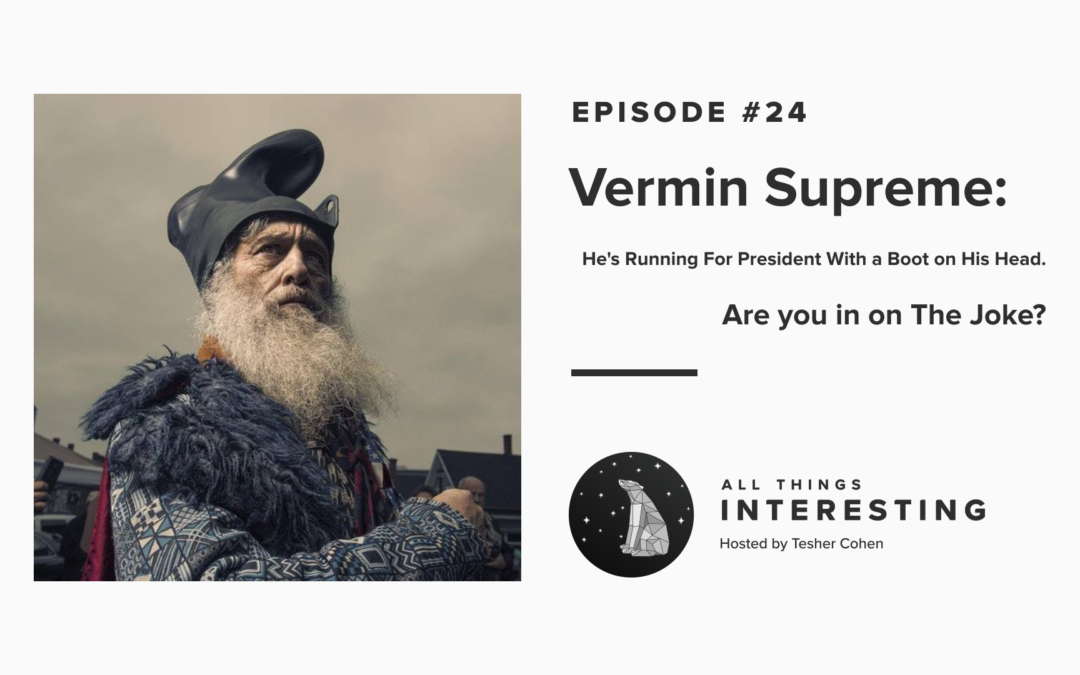 “The mission of this campaign is to spread a loud and unapologetic message of free thought, clean smiles, and ponies. Through satire and humor, I present real issues with fantastical context, in-depth analysis, and a dose of much-needed humor in the political sphere. With thought provoking activism, I stand against the tyrannical duopoly, the violent police state, and all forms of overreaching government.” – Vermin Supreme

Vermin Supreme (@VerminSupreme) is a performance artist and activist who is currently running as a presidential candidate for the 2020 presidential election. He has run as a candidate in various local, state, and national elections in the United States, including the 2012 presidential election. A signature of his, Vermin is well known for carrying a large toothbrush and wearing a boot as a hat. His platform, although satirical in nature, includes time travel research, a free pony for everyone, zombie apocalypse awareness, and a law requiring people to brush their teeth.

The 2012 documentary, Who is Vermin Supreme? An Outsider Odyssey follows his 2012 presidential campaign run along with his life as a an activist and political satirist.