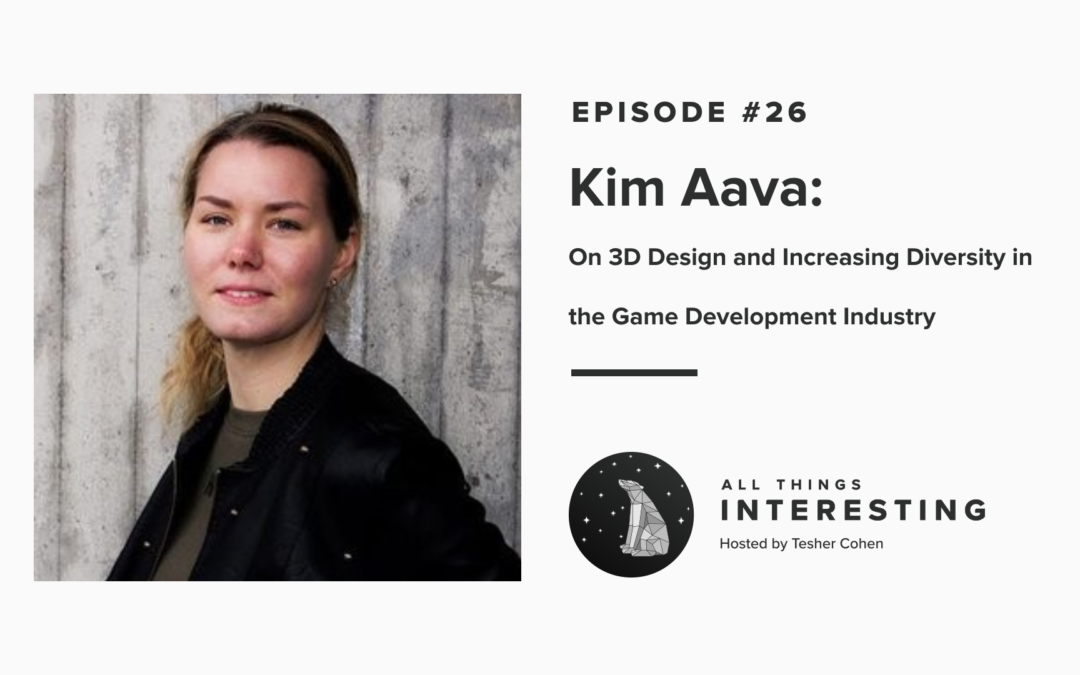 Kim Aava (@Kimaava) is a lead 3D artist and the  founder of Gamedevforce which is focused on increasing diversity in the game development industry. She currently working for DICE in Stockholm Sweden and has been in the industry since 2014. Kim has worked on games including Horizon: Zero Dawn, Battlefield 5, and the Solus Project among others.

She studied at Uppsala University, getting her Bachelor’s degree in game design, and received a higher vocational education in game art at Futuregames. While studying at Futuregames she had a remote internship for Teotl Studios, working closely with Hourences at The Solus Project, a survival and exploration experience with VR-support.t

She has returned multiple times to Futuregames and Uppsala University as either a guest lecturer, course teacher or jury. After her work at Guerrilla Games she took some time off, traveling in Asia to later return to Sweden to freelance for Really Interactive AB on on the VR game/demo Toran. Kim continued my adventure of exploring VR development at Fast Travel Games, releasing the VR game Apex Construct for Playstation 4, Oculus Rift and Vive.