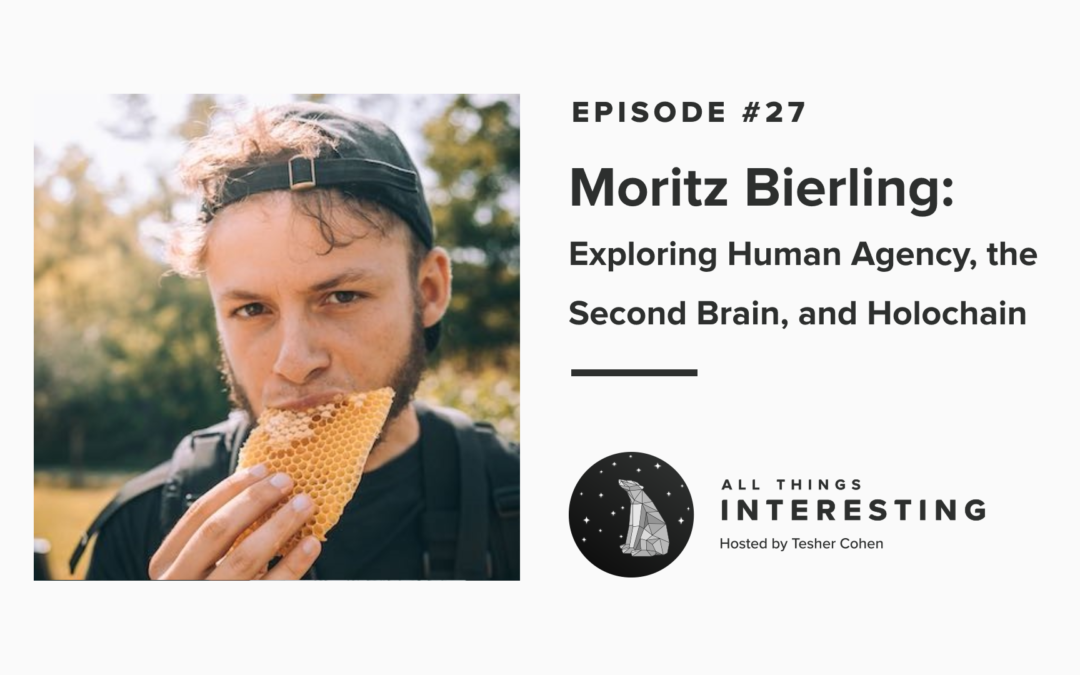 Moritz Bierling (@bierlingm) is an independent researcher, writer, programmer, and open source operative exploring human agency, the second brain, the extended man, and indexing strategies in networked systems. As the owner and principal of Existential Ventures, he helped visionary founders catalyze their projects through strategy, storytelling, and technology, and primarily worked with Holo and Holochain, two sister projects that aim to deliver on the promises the blockchain technology promised but cannot keep.

In his work with learning and problem solving community Exosphere, he has organized a number of educational programs, authored a Primer on the emerging discipline of Alternate Reality Design, and now advises the organization as Senior Strategist. His work has appeared in a plethora of on and offline media outlets such as CoinTelegraph, The Freeman’s Perspective, Bitcoin.com and the School Sucks Project. Having dropped out of university twice by age 21, his path has taken him from the most abstract heights of philosophy to the pragmatic truths of an action-oriented life, the bridge between — and integration of — these two extremes being the focus of his current research and communication efforts. In his most recent work, he researched and presented on the use of memes in the formation of culture and the political struggle.

On this episode of the All Things Interesting Podcast, Moritz Bierling joins the show to share his unique journey that led him on the path to empowering others and helping companies achieve their goals. We deep dive into the depths of the human mind, exploring ideas such as the second brain, extended man, blockchain, human agency, building value through community building, harnessing the power of information, plus a lot more!

Give it a listen at any of the platforms linked here: https://linktr.ee/allthingsinteresting

The indexing Strategy in Networked Systems